The land, in Burgundy, is the foundation of the Controlled Appellation of origin

The base of the land is constituted first of all of the under ground and the soil from which the grapevine scoops out its nutritious substances and composed the secret alchemy of colours, aromas and tastes.

If the nature of the soil is the key element of the land, many other natural factors have an influence on quality, typicalness and expression of a wine : the exhibition of plot, its altitude, the depth and the draining of the soil, the climatic conditions of the year, the micro climate. 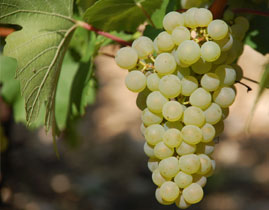 In the grapevine according to the choice and the mise en place ofcultural methods, of size up to grape harvests and in the cellar during the process of wine production and wine vinification.

The area delimited by some Chablis’wines is on calcareous soil of the upper jurassic epoch.
The most representative floors are the kimméridgien, very rich in marine fossil and notably in Exogyra virgula, small oyster typical of chablisien soil and the portlandien.

The area of appellation of Chablis represents 6830 hectares, divided into four 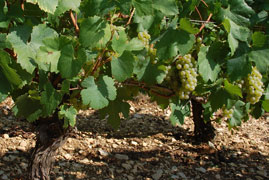 • "Petit Chablis " harvested, in general, on trays has a 1562 hectare area. We exploit 86 Ares on the place - says “Chemin des chaumes” for our vintage.

• "Chablis" on displayed slopes Northeast and on trays; am constituted by 4420 hectares. Our vintage in Chablis comes from different grapevines of places - said according to: Champréaux, Bralée, Chemin des chaumes, Sur l’étang, Les usages, Chasse-Loup. In total, we exploit about ten hectares in appellation Chablis.

• The "Chablis Premier Cru" on south-east slope, its delimited surface is 745 hectares. They are divided in 79 'climates '; the main are: ‘Mont-de-Milieu’, ‘Montée-de-Tonnerre’, ‘Fourchaume’, ‘ Vaillons’, Montmains’, ‘Vaucoupins’, ‘Côte de Léchet’…
In domain, we have grapevines of Chablis premier cru Fourchaumewhich represents six hectares and our plot of Chablis premier cru Mont de Milieu of 28 ares. 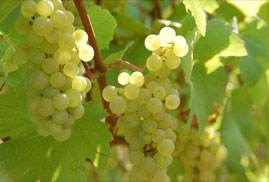 The type of grapes

It is an earth of predilection for Chardonnay, the only grape variety authorized to produce all white wines of the vineyard of Chablis.

Chardonnay prefers the rather marno-calcareous soils where it develops all its elegance and the delicacy of its aromas. It produces pretty gold bunches, so small as those of Pinot, but were more lengthened and lessclosed.
Its grains are small, but rich in a white juice deliciously sweet. Its leaves are characterized by two big nervures edging exactly the round neckline as the tail (sinus pétiolaire).

Young Chardonnay develops aromas of haw, straw and hazelnut.Produced in oak Barrels, it introduces then a spread with butter palet, toasted and grilled very appreciated. When Lady-nature was generous with it, the honey and the quince are also part of its attributes. It has a fat, a largeness in characteristic and remarkable mouth. Its medium acidity blends in easily with this glycerol.

Locate us on Google Map